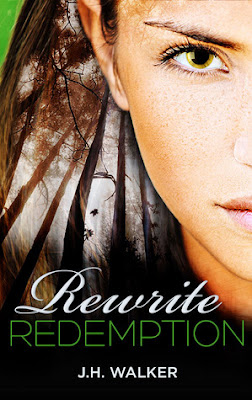 
She’s sixteen. He’s seventeen. They don’t know each other…at least not yet.

She has a secret and her whole life revolves around keeping it. Every few months and with little warning, she simply disappears, pulled into the past for hours or even days. She’s terrified it will happen in front of someone, changing her life forever. So far, the only witnesses have been her parents, and that didn’t end well. She has no control over it and no idea why it happens to her.

He has answers—at least he understands what’s going on. He has a secret, too. He’s part of an organization that goes back in time to rewrite reality. But he also has a problem. He broke the organization’s number-one rule by altering his own timeline. As punishment, he’s been blocked from time travel, which is most unfortunate. Because the changes he made to his timeline, accidentally resulted in disaster for his family. A disaster he’s now prevented from repairing. No one can travel beneath the organization’s radar except a Shadow. But they’re rare, so rare he’s never even met one.

Then he moves to her town.


Rewrite Redemption sucked me in from the very beginning. I haven't read a book focused on time travel before, but this one has definitely turned me into a fan. J.H. Walker starts us off learning about A.J. (Autumn Jones) and her past, how she first began traveling through time and the effect it had on her family as well as herself and how she dealt with it. We learn about her two best friends Lex and Ipod and how close they are, like brother and sister. How they all live together in this tree house that her great grandfather built, around a tree that somehow provides Autumn with some kind of power. She hides herself away, afraid to let people see her because she can't control when she jumps into the past and it could cause a lot of damage if someone besides her best friends saw her do it. We then are switched to our other main character Constantine's point of view. We learn that he can also travel through time but it's on a professional level, and because he went back in time to rewrite his own past, causing an unfortunate event, his privileges were taken away. His parents whisk his family away to A.J.'s town and suddenly everything changes.

I really enjoyed the duel points of view. I loved learning about each of our main characters so thoroughly and understanding them both on a deep level, understanding why they do the things that they do. We see them both fall for each other but hold back for their own reasons. I loved watching A.J. come out of her shell as she learns how to control her ability and I loved seeing Constantine grow into a more responsible person through helping A.J. and trying to fix his mistake that ruined his family. They have this instant connection because of their abilities, but even though that connection is there, they still get to know each other and take things slow.

The plot moved slowly at times but then it would speed up and become exhilarating, especially when A.J. would jump back in time. And because she doesn't know how to control her abilities, she has to sit and wait to be pulled back to her own time, often getting into trouble. I loved the way that the story ended. I truly did not see it coming but it was a wonderful ending to a wonderful book. 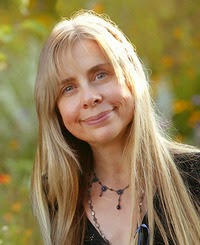 J.H. grew up in Central America. She now lives in the foothills of the Colorado Rockies with her photographer husband and many, many books. In addition to her never-ending study of human behavior, she’s a political junkie and a certified tree hugger. Rewrite Redemption is her debut novel.

This review is part of the Rewrite Redemption Book Tour hosted by Xpresso Book Tours. For more stops, check out the Tour Schedule.